Available now in our Netherlands datacenter

The AMD Ryzen 9 3900X is the best mainstream processor on the market right now. With multi-threaded performance that destroys everything in its path and the inclusion of PCIe 4.0, you can’t find a better processor without stepping up to the HEDT market.

This processor packs 12-cores and 24-threads. The extra cores deliver large gains in heavily threaded applications. The Ryzen 9 3900X is able to boost from 3.8GHz up to 4.6GHz.

AMD Ryzen 3rd Generation, and the Zen 2 architecture itself, is notable because it leads 7nm processors to the mainstream for the first time. But, there’s a lot more going on under the hood than just a smaller manufacturing node.

The most important improvement, and the easiest to understand, is the massive increase to IPC, or instructions per clock. AMD claims that it was able to increase IPCs in its 3rd generation Ryzen chips by up to 15%, which goes a long way to explaining why single-core performance sees such a boost over something like the AMD Ryzen 7 2700X.

That increased IPC improvements, along with the massive turbo boost of 4.6GHz mean that even in single core performance – long a weak link of AMD’s processors – comes within reaching distance of Team Blue’s chips.

The interconnecting Infinity Fabric (Fclk) has been decoupled from the memory controller (Uclk) between the cIOD and CCD, allowing for much greater memory capabilities with 3rd Gen Ryzen. DDR4 over 4,200MHz is rated “with ease”, while even 5,133MHz kits are on the table. However, the sweet spot lies around 3,600/3,733MHz. Beyond that speed Uclk switches from a 1:1 Uclk/Flck ratio to 2:1, a byproduct of which is an increase in overall latency.

One thing that the switch to 7nm silicon has allowed for however, is an increase in cache size. But, because the 7nm CPU cores are contained within their own chiplets, AMD was able to pack much more in – with a whopping 64MB of L3 and 6MB of L2, for a combined 70MB of cache. This is a really big deal, as it allows for much faster performance.

Another improvement that comes with AMD Ryzen, and more specifically the X570 chipset, is the long-awaited inclusion of PCIe Gen 4.

The AMD Ryzen 9 3900x is an outstanding all-rounder, and AMD has managed to vastly improve some of the aspects it was lagging behind the most. While AMD still needs to further push total single-threaded performance in the future and continue working on improving memory performance, they’re on Intel’s tail.

In multi-threaded performance the chip not only bests Intel’s mainstream desktop designs, but it’s able to go toe-to-toe with the lowest rung of Intel’s more specialized HEDT platforms. Even AMD’s own Threadripper line-up is made irrelevant below 16 cores.

HP dedicated servers are highly regarded for their stability and usage of high grade components. On offer for the Black Friday – Cyber Monday weekend is a powerful dual processor HP Proliant server with a total of 16 cores and 32 threads. Sign up for yours now! Join Our… 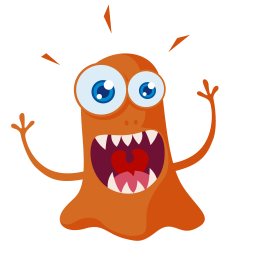 it’s Time for a treat! Enjoy a lifetime 30% discount on our selected dedicated servers operated from our Netherlands datacenter location. This is your chance to get a brand-name dedicated server for a very affordable price. Join Our Online Security and Hosting Newsletter Today and stay updated with the…

We have expanded our operations to the Netherlands! Greenhouse Datacenters offers high-quality TIER 3 and environmentally friendly datacenter and co-location services and is situated in the Rotterdam – The Hague region of the Netherlands. From this facility, we are able to deliver our full suite of reliable web hosting…